Tyler Warman – site manager at the Suffolk-based plant which is operated by specialist AD operators and service providers Eco Verde Energy (EVE) – explains how the team’s approach to pre-empting any issues which could lead to downtime has resulted in the 12MW plant achieving a 97% average output over the last four months.

“Downtime is costly for any AD plant,” said Mr Warman. “But because Ellough is a high output gas-to-grid plant, an hour of downtime can lose the plant an excessive amount of revenue, especially at today’s prices.

“An AD plant is essentially made up of moving parts, which means everything is destined to break down eventually.”

“In the last year we have changed our approach to plant maintenance, so rather than reacting to problems as they occur, we now focus on identifying potential issues which could lead to downtime and resolving them before a breakdown even occurs,” he said.

Expanding the size of the operations team was a key first step in moving to a preventative approach to maintenance.

“After evaluation, bringing in additional team members has allowed us to modify the shift pattern to increase coverage, so that every day is effectively a working day, and larger projects are not restricted to the standard working week.”

In terms of maintenance, Mr Warman said training has proved key to ensuring operators are well-versed in what is required of them.

“It is essential for every member of the team to understand not only what they need to do, but why it is important,” he said.

“Many AD plants treat maintenance as a checklist, but without the team being on board with how crucial it is to maintaining operations, they won’t see it as a priority.”

In addition to taking new members through the standard operating procedures and written training schemes, communication between team members has been imperative.

“Knowledge exchange is so important,” added Mr Warman. “Every day our team come across issues which they may never have seen before, so being observant, flagging issues to the rest of the team and sharing what actions have been taken to resolve challenges contributes to the smooth operating of the plant and helps prevent potential downtime.”

Mr Warman said the team runs regular testing of gas quality and the biology within the digestion tanks.

“Frequent testing allows us to predict problems before they affect the overall efficiency of the plant,” he said.

“For example, constant monitoring of tank biology to spot changes or imbalances early allows us to adjust the feeding regimes to suit the needs of digestors and maximise biogas yields.”

The quantity of feedstock coming in and usage of each feedstock type is also documented.

Mr Warman said: “We communicate regularly with the farms growing energy crops to gain insight into the quality and anticipated yields from the crops while they are still in the field and hold regular meetings to manage feedstock in accordance with what we anticipate from the next harvest.”

The team has also put a lot of focus on increasing the plant’s resilience to breakdowns.

“We’ve completed a process during which we went through all the equipment manufacturers specifications to understand how to get the most out of the machinery and incorporated this information into maintenance routines,” said Mr Warman.

As an example, manufacturers’ specifications include how hot equipment should be when it’s running optimally.

“This allows us to identify potential electrical and mechanical issues prior to them resulting in failure. We can then repair or replace as required and avoid downtime.

One of the main strategies used to identify when machinery requires maintenance at Ellough AD is vibration analysis.

“Most moving machinery will be driven by an electrical or diesel motor, which rotates a shaft sat on bearings,” said Mr Warman.

“An excessive level of vibration can indicate bearings are failing, or the internal housing which holds the bearings has failed. He added: “If bearings fail this can destroy the internal workings of motors and gearboxes, leading to excessive downtime.

“Vibration analysis allows us to keep one step ahead through identifying excessive vibration prior to it resulting in breakdowns. Bearing replacement is much more cost effective than replacing an entire unit or dealing with the downtime that ensues.”

As an example, Mr Warman said the team had vibration analysis carried out on the compressor – a vital piece of equipment for gas to grid injection.

“An increased vibration was found to be coming from our first stage compressor. A condition monitoring team attended to site to carry out a vibration analysis and it was confirmed that the vibration was originating from the compressor’s bearings,” said Mr Warman.

“To perform a bearing change we’d need to take the whole compressor out of operation.

“And, if left to fail, the time spent waiting for a new compressor to arrive would result in millions of pounds being lost.”

Mr Warman said the team has also completed a critical spares audit to ensure there is a back-up onsite for any item which is critical to the operation of the plant.

“This means the lag time between ordering a part and it arriving on site can be extensive, especially since Brexit and the Ukraine-Russia crisis have disrupted global supply chains.

“We observed every piece of equipment on-site, and for each part we assessed whether a failure would result in downtime, and how quickly we could get a replacement, to work out what needs to be kept on-site as a critical spare.”

He said the team has now put together an inventory, so critical spares which are used can be replaced as needed.

The team at Ellough has started using optical gas imaging (OGI) to ensure there are no leaks in pipework and tanks are sealed correctly.

“Gas-tight systems are important from a profit margin point of view, as we don’t want to lose gas unnecessarily,” said Mr Warman.

“It’s also important from environmental and safety perspectives, as we don’t want to be a source of pollution, while leaking gas can present a risk to the operators or any visitors on-site.”

“Having a well-trained team has been key to implementing the change in approach, and the various monitoring procedures are already proving their worth as problems are flagged prior to breakdowns occurring,” added Mr Warman. 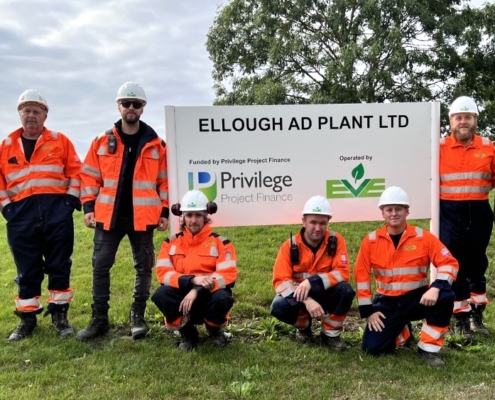 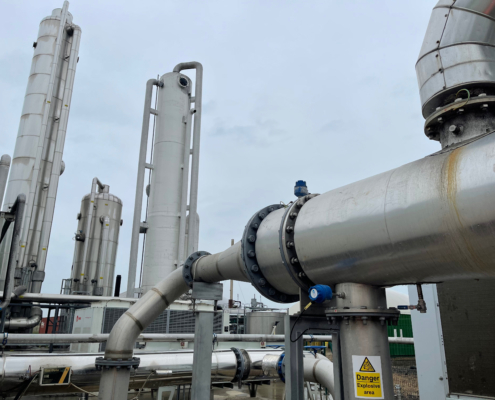 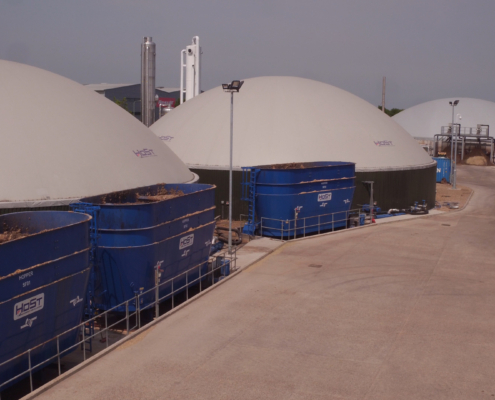