How to manage a variable feedstock supply for AD 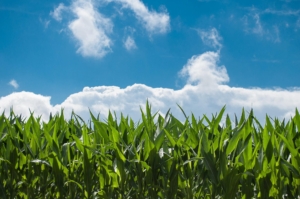 The 2022 growing season has thrown unprecedented challenges at anaerobic digestion (AD) plants run on agricultural crop feedstocks such as maize.

In East Anglia, maize grown on light land was standing at just three feet tall in August, a result of drought conditions impacting crop establishment and growth. Maize grown on heavy land has fared better, as it has been able to benefit from the heat, but it could still have benefited from extra moisture to maximise yields. Overall, the maize harvest is anticipated to be approximately 60% to 70% of what was expected this year.

With drought conditions set to occur more frequently in the UK as the climate warms, EVE is already looking at strategies to ensure feedstock security in future years. Aiming for a small surplus to provide a cushion, supporting growers and diversification of feedstocks used in AD can all play a role in ensuring AD plants are sufficiently fed to maintain production of biogas.

1.     Collaborate with other AD plants

Being part of a group of agri-run AD plants has its advantages. Within the EVE group, Attleborough AD plant and Ellough AD are close enough together to enable feedstock grown for one AD plant to be diverted to the other site if needed. Attleborough is surrounded by mostly lighter soils, which can be severely affected by drought, while farmers near Ellough are mostly growing on heavy land, which is resilient in drought conditions but will experience more challenges in heavy rainfall years.

Collaboration provides a buffer against unforeseen drops in yield of feedstock crops. Plus, every bit of feedstock always gets used, regardless of over planning.

It’s essential to remember that a tricky year for AD feedstock sourcing is also a tricky year for all farmers. Drought conditions have impacted all crops to some extent. Meanwhile the prices for cereals and oilseed rape have risen this year, as the impact of the Russia/Ukraine war has led to market supply concerns.

With good profitability from cereals this year, AD plants and feedstock contractors need to work with farmers closely if they want to retain the supply of purpose grown maize and rye. There are several advantages to farmers who keep growing for AD plants as part of their business strategy.

AD plants can provide digestate biofertiliser to growers, which can be an excellent incentive, especially as the cost of manufactured chemical fertiliser has substantially increased since 2021 due to the energy crisis. Digestate biofertiliser also provides organic matter, helping to improve soil structure as well as nutrient content.

For farmers, growing feedstock crops for AD can provide an opportunity to diversify their crop rotation and incomes. Maize is a good break crop to grow between cereals, which can reduce pest and disease burdens. With AD crops, a fixed price per tonne is agreed in advance, so farmers know how much they will receive, providing income security which they don’t necessarily get with growing cereals or oilseed rape for other markets.

At the moment, maize produces the most gas, making it the favoured feedstock despite being expensive to source. However, using a diverse mix of feedstocks will add resilience as different crops will be impacted differently during challenging growing years.

This year’s rye harvest has been good, which will help make up for the reduced volume of maize going into AD clamps. EVE also hopes to be able to take extra sugar beet pulp from September to the middle of February to provide a cushion against crop shortages.

Ellough AD has also trialled growing grass for AD for the first time this year. Grass has the potential to act as an important diversification, as it also opens up land to spread more digestate onto farmland. With the Environment Agency (EA) putting increased regulations on when and where digestate can be applied, growing grass for feedstock can be an excellent way to make the most of digestate as a resource for building soil fertility.

For tailored advice on managing feedstock availability get in touch with the EVE team today.